* In case of any delay in receiving the OTP, you may verify it later. Please proceed without verification.

From being home to one of the holiest Jain pilgrimage sites to assuming economic importance for cement production, Damoh has carved out its own unique place on the map of Madhya Pradesh. Besides, Damoh is also blessed with immensely rich history that today is inspiring her to reclaim here yesteryear glory. Below is more detailed and comprehensive information about the district, including its improving healthcare and transportation services. All the information given below will help you in getting the gist or general idea of the district. 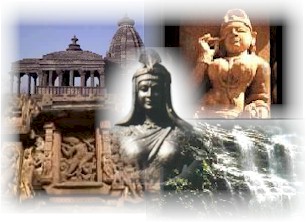 There are only few regions in whole of India whose history dates back to prehistoric or Stone Age era. Damoh proudly happens to be one of those rarest regions of India. Archeologists have excavated many Stone Age tools from this region, which has proven beyond doubt that thousands and thousands of years ago nomadic or Stone Age men lived and settled here. But owing to archeological challenges Domah’s Stone Age era history largely remains a mystery. Domah’s history truly sprang to life during ancient and medieval era. Many prominent empires rose and crumbled during these eventful eras. Chedi or Kalachuri kingdom being the foremost kingdom from ancient era, while Gond Dynasty and Mughal Empire being the most prominent empires from medieval era. Many great historical figures also rose from these prominent empires, but none achieved as much glory as Rani Durgawati, one of the foremost queens of Gond Empire. She bravely achieved martyrdom while fighting against rampaging armies of Mughals. Read More.............................

As for geographical location and total land area of the district is concerned, then it is located at 23.84°North latitude and 79.45°East longitude and total area of the district is 7,306 km. It is bordered by Sagar in the west, Panna & Katni in the east, Narsinghpur and Jabalpur in the South and Chhatarpur in the North. Mention of Domah’s rich reservoir of minerals is but obvious whenever there is any discussion about its geography. After all, its rich reservoir of minerals has today made her as one of the foremost producers of cement in the country. To name few of the prominent minerals, then they are as follows: Lime Stone, Fag Stone, Murum, Gitti and Sand. Amongst all these Lime Stone is the major mineral found here, actually it is the most critical mineral for cement production. 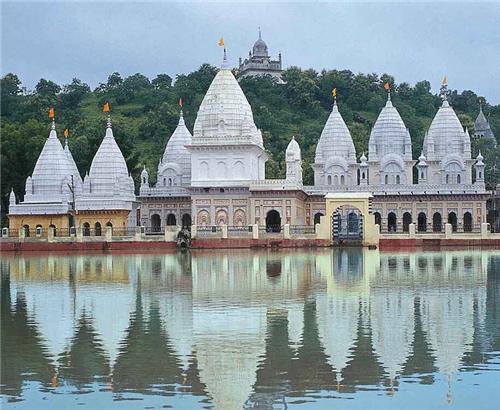 The biggest and most popular tourist destination of Damoh is Kundalpur, one of the holiest shrines for Jain devotees. But, besides being holiest, it is also immensely beautiful. It is actually huge temple complex surrounded by beautiful nature on all sides, bringing together nature and spirituality in very seamless way. Besides Kundalpur, Damoh also boosts Nohleshwar Temple and Jatashankar Temple, which are equally popular among tourists and are worthy visiting for sheer history and architectural beauty they have to offer. Nohleshwar Temple is in fact symbolic of Damoh’s immensely rich history. It was constructed during 9th century when famous Chedi Empire was ruling Domah region. Read More..........................

Domah is an agricultural based economy, with minimal but increasing presence of industries. Agricultural sector though is hampered by lack of fertile soil and also by low rainfall in the region. Nonetheless, it is a major producer of employment and revenue for the district. Speaking about industries, Domah has a huge potential for becoming one of the topmost cement producers in the country. Today in fact it is already home to one of the largest cement factories in the country, known as Mycem Cement LTD – owned by German multinational company Heidelberg Cement PVT Ltd. Besides cement production, Domah also holds huge potential for oil and gas production. ONGC PVT LTD, India’s biggest oil exploration company, in 2012 discovered huge well of oil and gas in Nohat village of the District. All said and done about Domah’s untapped potential to become hub for large scale industries, it current industries largely constitute of either small or medium scale industries. Read More.................... 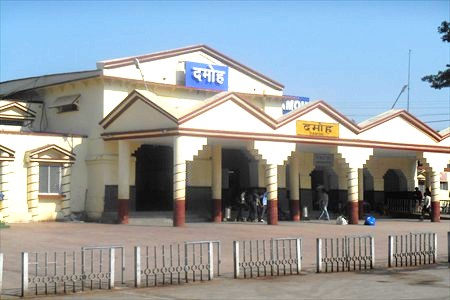 Domah is very well connected with rest of India via rail service, while its local transportation that mainly constitutes of auto rickshaw is slowly improving its presence. Speaking about rail services first, Domah railway station – located in the very heart of Damoh city – is the most important railway station of the district. Although it does not enjoy the status of junction, but innumerable long distance trains and passenger trains halt here on daily basis. Directly connecting Domah to many of the metropolitan and financially important cities of India. As for efficiency of local transportation is concerned, then presence of auto rickshaw is pretty strong across headquarter city of Domah and its adjoining towns. Their presence, however, dwindles as you move further away from main city of Domah. Needless to say, a big district like Damoh certainly needs more auto rickshaws to widen its presence across the district. Read More.............................

Damoh at a glance

Comments / Discussion Board - About Damoh